← more from
Astral Plane Recordings
Get fresh music recommendations delivered to your inbox every Friday.
We've updated our Terms of Use. You can review the changes here. 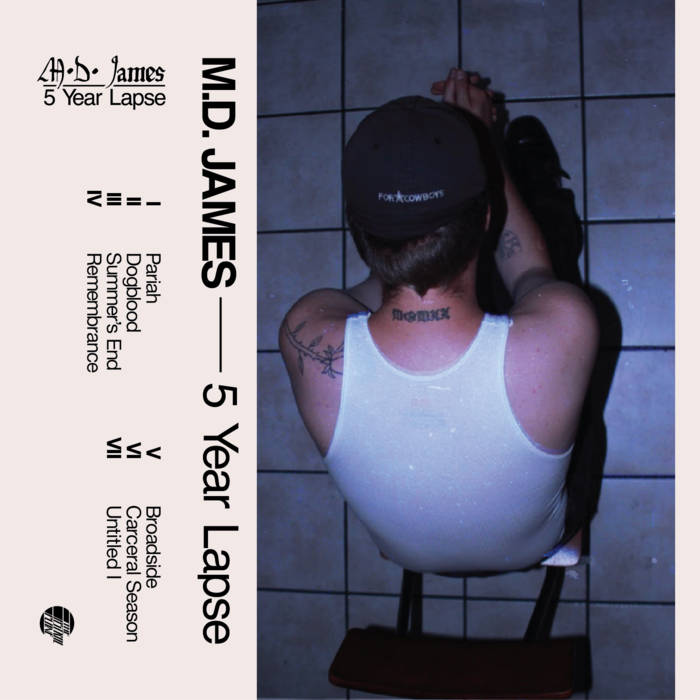 M.D. James has been a fervent supporter and participant in Los Angeles’ DIY culture for years, organizing the CAMEO nights, displaying a talent for destructive DJ sets, and, most recently, unleashing an incredibly cutting, emotionally honest live set. It was the latter that led us to ask him to put together an Astral Plane release and 5 Year Lapse, a self-styled mixtape/EP, is the undeniable result.

Recorded between Los Angeles and Maryland, 5 Year Lapse is a document encompassing the unexpected paradoxes that arise during times of self-care and healing. Comprised of both sampled and original work, it is thematically situated within a liminal personal psyche, outlining a path towards health and power that requires the invocation of trauma and perceived self-harm.

M.D. James appears throughout as instrumentalist, voice and composer, imbuing the proceedings with an intimacy and narrative grace. Sonically, 5 Year Lapse matches a disposition towards chaos with deeply musical interjections, allying itself with humanity while retaining a deep sense of suspicion. Broken up into six passages, 5 Year Lapse is intended as a single composition, but will also be released in individual components. It will be available digitally and on limited run cassette.

Mastering by Will Mitchell
Cover by Isabelle Harada, design by Caleb Ali Miller

Bandcamp Daily  your guide to the world of Bandcamp